Seminar organized by Department of Indology and Far Eastern Studies, Faculty of Humanities and Social Sciences, University of Zagreb

in collaboration with
Embassy of India

in the context of
International Hindī day

Textbooks for Hindī and Other Languages: a comparative overview

In this paper and presentation the attention will be drawn to the differences between some textbooks used for learning English and German as a foreign language and textbooks for learning Hindi through English. The aim is to indicate certain shortcomings of textbooks for learning Hindi and problems in teaching and learning Hindi that follow them. Taking into consideration that new generations of students are accustomed to modern technologies and new ways of information acquisition the attempt will be made to encourage the discussion about possible cooperation and mutual assistance in making Hindi textbooks that will be more adequate, efficacious, visually attractive and divided into levels according to some standards for grading student´s language proficiency.

Hindi today: how and why?

Croatian indologists have lately done a lot and are doing a lot to present India and Hindi to the audience in Croatia. There have been several translations and there is always some interest to learn about India’s culture through dance, yoga, etc. One question I have met more than once was always: why Hindi? Why did I choose not just to learn Hindi but also to work with Hindi? I guess from the perspective of some people who asked me that question it was very hard to grasp why Hindi matters today. One of my answers is always that knowing at least one language of a country one plans to visit opens more doors and hearts than if you come as a complete stranger speaking in a foreign tongue. And then there’s that respond “But everybody there speaks English!” and off they go to India. Many come back with questions that relate to everyday customs and habits that are part of subcontinent culture and language culture that is not there in English, at least not in English that those visitors learned in schools in Croatia. In this short presentation I’d like to raise the topic of all that could help enhance learning of Indian languages in European context, i.e. in Croatia. Specifically, I would like to address the question of learning/teaching tools that could be used in lessons and why it matters to create new ones in 21st century. In my opinion, they might help us build interest in learning Hindi and using it successfully for various purposes.

How knowing Hindi improves learning of the Romany language?

Romany is an Indian language which has spread through the whole of Europe and many other parts of the world. It is a New Indo-Aryan language, therefore its grammatical forms can be traced through the Middle Indo-Aryan languages (Prakrits) to the Old Indo-Aryan language (Sanskrit). Due to continuous migrations of the Romas during the past, Romany contains many loanwords from Persian, Greek, Romance and Slavic languages, but preserves the basic grammatical structure of an Indian language and a part of the Indian vocabulary. Nowadays, educated Romas use also Hindi and Sanskrit loanwords to enrich their vocabulary, the same way Hindi speakers use Sanskritisms. Therefore, the Romany vocabulary contains Romany words (tadbhava), Sanskritisms (tatsama) and foreign loanwords (videśī). Since Romany is a New Indo-Aryan language whose vocabulary is enriched by Hindi and Sanskrit words, Hindi speakers who learn Romany can understand the language much easier and also learn the vocabulary much faster than other learners

The approach to teaching Hindī can take different directions. Of course technical part, i.e. mastering the grammar and vocabulary are one unavoidable part. But after that, stress could be made on more theoretical linguistic knowledge or on level of understanding of source text. When this text is itself of the technical nature, it means, such that more the core meaning than its stylistic value is important, the satisfying result is usually achieved after two to three years of study. Both teacher and student face more problem when coping with literary texts, since these texts ask for literary sense on the part of the student (and teacher, of course), and grasping of the real meaning of the text, not to talk about grasping its hidden aesthetic value, can be real pain. But the joy it gives to the one who successfully solves the quest is of the utmost value.

I will try to discuss the way and methods to lead our students from pain to joy.

This paper will analyse the approach to teaching Hindi as a second language at the Charles University Prague from the historical perspective and mention the contributions of Czech Hindi scholars to Hindi SLT until present. It will discuss the current transition from the traditional approach to Hindi SLT in Prague, based mainly on the Grammar-translation method and partially on the Audio-oral method, to Communicative Language Teaching. The current situation and problems that the Hindi SLT in Prague faces will be described, including the scarcity of Communicative teaching materials, the lack of bastardization, and structural problems of language programme planning and funding. New perspectives will be suggested and new solutions will be sought.

The paper gives overview of the history of teaching of Hindī in Slovenia, stating that not many details are known about the first attempts which existed during the 1970ies. Couple of paragraphs are dedicated to the general – cultural and political – relationship of India and Slovenia.

When we talk of present situation of Hindī in Slovenia it is worth mentioning that Hindī Chair is established at University of Ljubljana in 2009. Besides classes at the university level, there are regularly also other activities for promotion of Hindī language, as for example celebration of the World Hindī Day at 20th of January every year. There is impressive statistics about number of students who attended Hindī class from 2009 onwards.

The author gives some examples of similarities between two languages – Hindī and Slovene – but also stresses some differences. There are, for example, personal pronouns of the similar overtone in both languages. There are other examples of similarity, as for example very similar pronoun for 2nd person singular. In spite of such similarities, there are also many difficulties in learning Hindī for Slovene speakers. There are many problems in pronunciation of Hindī sounds and finding correspondences in some grammatical structures.

Teaching Hindī in Slovenia gives us insight in many possibilities for interaction between these two languages and for improving the teaching-learning experience. The statements by students, presented at the end of the paper, give us impression that students are eager to learn, enjoy the classes and find Hindī not to be so difficult as they thought before they started to learn it.

Since this year the 60th anniversary of Hindī studies in Hungary is celebrated, the paper will focus on this historical topic and give the overview of this 60 years.

In 1965, when the agreement for the Cultural Exchange Programme between India and Romania was first signed, Indu Prakāś Paṇḍey came as a visiting professor and started giving lectures on Hindi at the University of Bucharest. He also published the first Hindi textbook Curs de limba hindi in 1967. He taught Hindi in Bucharest from 1965 to 1967.

In 1969, the Ministry of Education approved the proposal of academician Alexandru Rosetti and the professors Cicerone Poghirc and Laurenţiu Theban to inaugurate a Hindi Section at the Faculty of Foreign Languages and Literatures. In 1971, Laurenţiu Theban and Nicolae Zberea were appointed lecturer assistants at this department. L. Theban has been teaching Hindi grammar, Sanskrit and Indian linguistics here up to the present time.

Looking at the technological advancements around, one could probably say, that the humanity is almost on the verge of atomisation, wherein super-robots seem to take a large portion of our daily jobs. However the creator of these super-robots, who should also be super is probably unable to provide satisfactory and full fledged answer to few ancient questions. The most banal question that comes to my mind is – who’s first, chicken or egg? Dealing with language teaching and music on daily basis I am encountering the questions like- What appeared first (or what is primordial), language or music and what is the connection between language and music? These questions have troubled every curious and inquisitive soul. The relationship between language and music is ancient, subtle and fascinating!

Many scientists from various fields have tried to go deep into this question and have proposed various theories to this question, however I am trying to talk about a bit practical side of this question. Usually we all are enjoying songs in our mother tongues. Songs usually contain every bit of information related to our culture, language, literature and thus can be used very effectively in a language class. Hindi songs, although nowadays mostly known as Bollywood Songs, especially the old ones, till the 1990s exhibit a particular way of song writing and could be thus used by  students as an aid to Hindi learning. Language learning then could become much more easy, interesting and enjoyable. It could also provide interesting pointers considering socio-cultural, linguistic aspects of India. 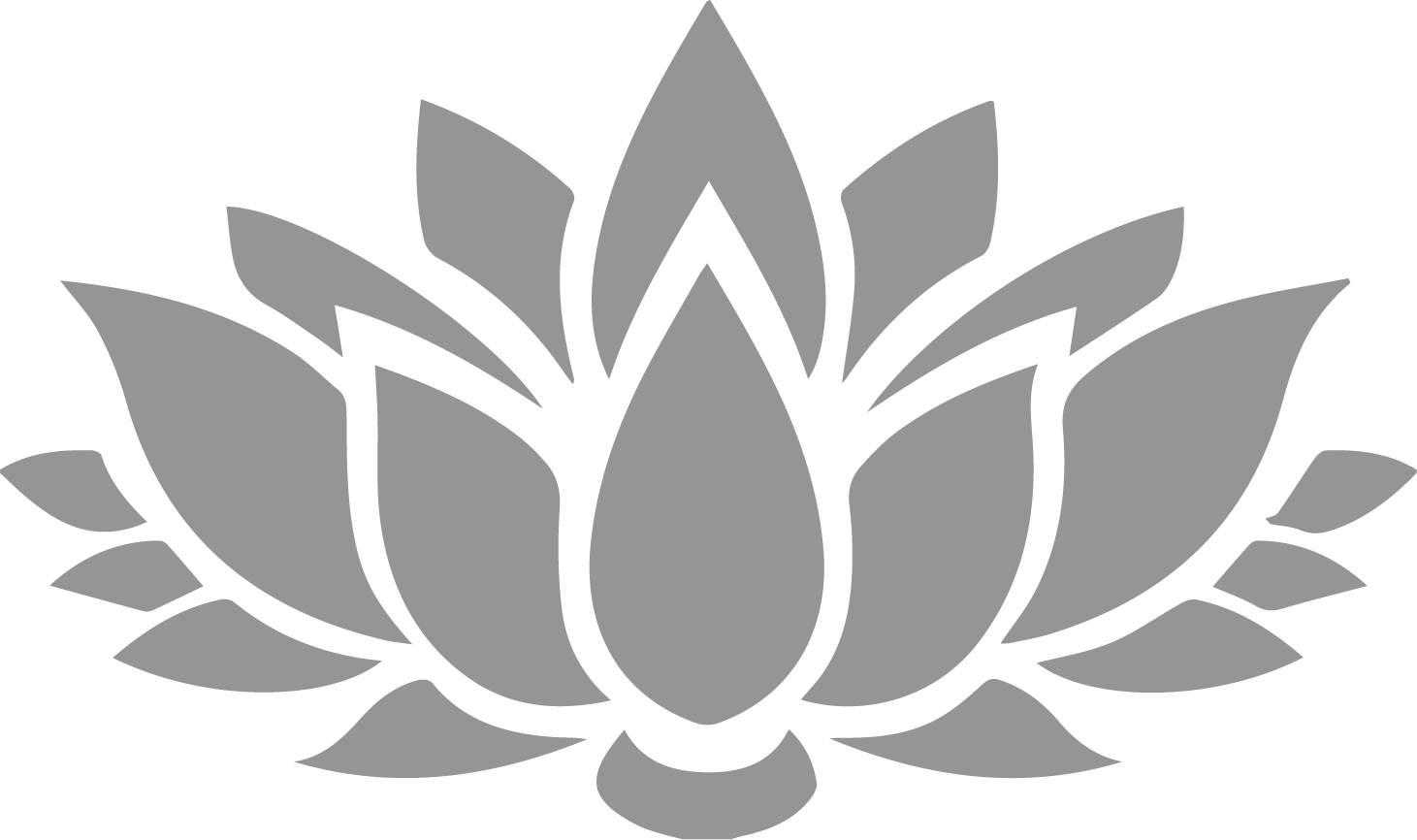